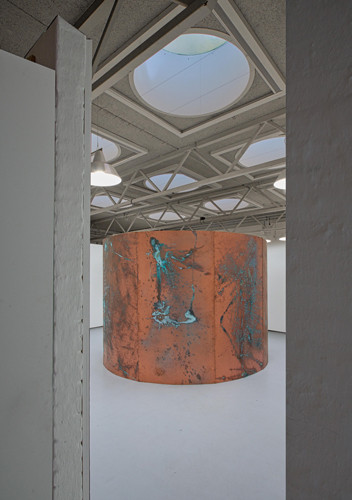 Mikkel Carl
Nothing Lasts, but Nothing Dies

Nothing Lasts, but Nothing Dies is the largest solo exhibition to date by Danish artist Mikkel Carl. Inspired by architects Johannes and Inger Exner, who designed the magnificent museum building, he shows several new large-scale works created especially for the three rooms: White Cube, Dome Hall, The Ship. The Cinema runs a video from his time as an art student.

HUSET for Kunst og Design (eng. House of Art and Design) in Holstebro is home to the former Jens Nielsen & Olivia Holm-Møller Museum. The website states: "The museum covered significant tendencies among artists who in their motives deal with the spiritual, ethical or religious and who put man and its relation to and recognition of the physical and metaphysical world at its center."

The building is thus in itself a place that may evoke thoughts about one's mortality. At the same time, the exhibition Nothing Lasts, but Nothing Dies is inspired by the Exner couple's method when they had to restore – for example, Koldingshus Castle ruin. They did not smooth things over as if nothing had happened. On the contrary, they chose materials and constructions that made themselves clear as supportive, the things one would have to do at present to preserve the past.

In his exhibition, Mikkel Carl turns this approach upside down. In an interplay with the existing architecture, he has created monumental works crafted from basic materials, which are quite different from what they appear to be.

Central to the White Cube, characterized by cylindrical and symmetrically placed skylights, one finds the exhibition's eponymous work: Nothing Lasts, but Nothing Dies resembles an enormous industrial cooking vessel made from remarkably patinated "copper."

In the museum courtyard stands a leafless "aluminum" tree on its head – as if struck by lightning. One could also see it as the thunderbolt itself right before the impact, the remaining root pointing towards the sky from where it came. The situation is somewhat reminiscent of Bladerunner 2, where the "tree of life" is far more dead than alive.

As the name suggests, The Dome is characterized by a giant round skylight window. On the floor lies a circular piece of "reinforced concrete"; perhaps the part one would have had to cut out of the ceiling had the window not been planned from the start. Alternatively, it could be the missing piece that would permanently close the hole in the ceiling. The upside is a downside, the hole in the whole, the past and future present.

In the long glass corridor, which leads visitors from The Dome to The Ship, is placed three 3m aluminum rods head to toe on the floor. Of course, they are pipes onto which the end parts have been "welded," but they still look undeniably heavy.

In the large studio called The Ship, a grid is made from 3x3 large rusty "steel" cubes, all measuring 122x122x122cm. Minimalisms' 'specific object' has been turned into a scenographical prop in some site-specific theater show.

The Cinema shows a more than 10-year-old work from Mikkel Carl's time as an art student at The Royal Danish Academy of Fine Arts. At first glance, it looks like the computer has paused, but in fact, perhaps unaware one experiences an analog rendition of the Mac screensaver called Flurry. The work acts as a digital lava lamp with its liquid nebulae, an infinite variation or eternal recurrence. 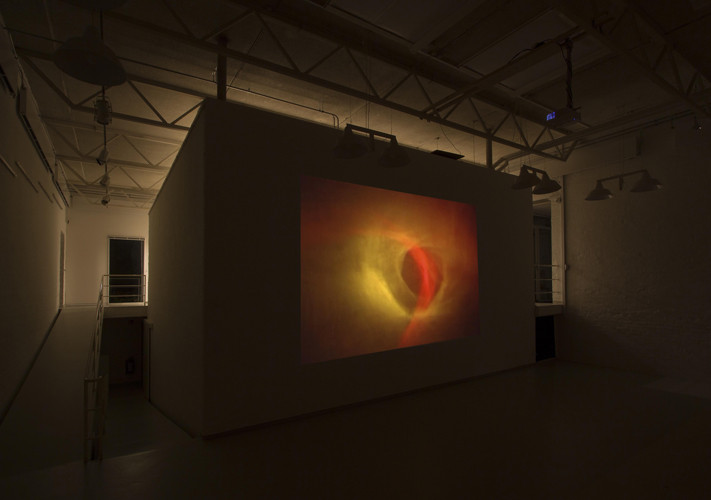 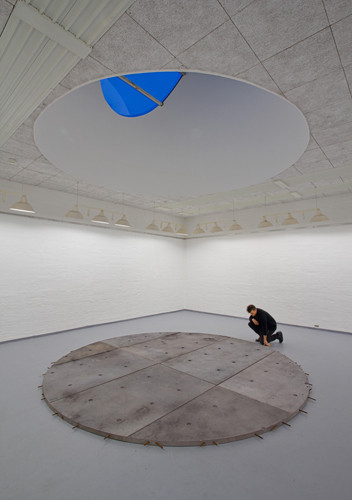 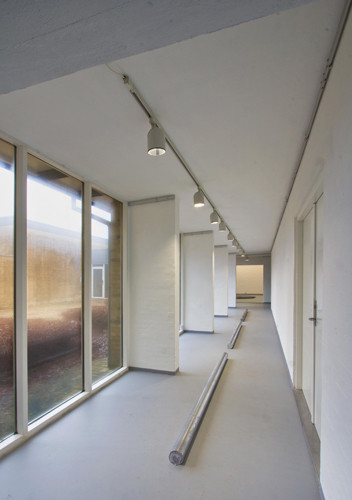 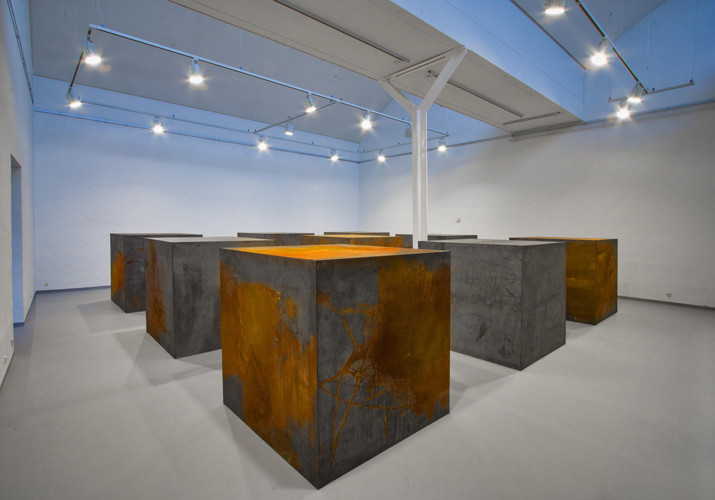 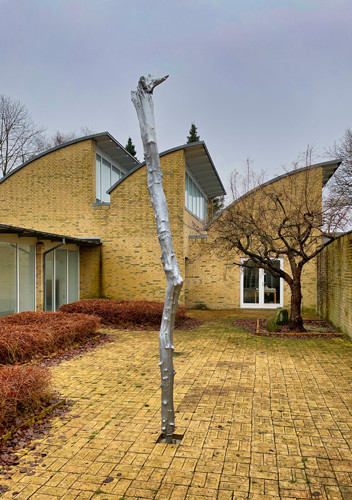